Raid enemy bases for cash and power. Reach the top of the leaderboards and defeat your enemies in the battle zone. Learn more about Minecraft Factions Servers and start playing now.

What Is A Faction Server In Minecraft?

Minecraft factions servers are all about raiding and war. Create your own faction or join a team and begin adventuring out into the world. You then need to build your own base and prepare defences to protect your team from other players. Once you feel that your base is ready, you can begin searching for bases.

One of the key parts of factions is raiding. Commonly, blocks such as obsidian are modified so that they can be blown up by TNT. This means that you can shoot TNT cannons at enemy bases to break inside and raid their valuable items! That is what factions servers are all about.

One of the more MMO elements of the game modes is mcMMO. From Minecraft prison servers to factions, mcMMO is a widely popular server addon. Level up a variety of skills from mining to woodcutting, while earning new perks as you go. One of these perks is treefeller, which lets you chop down entire trees from one log! It can make the game much more rewarding while you are grinding, especially while you are working on your base defences. 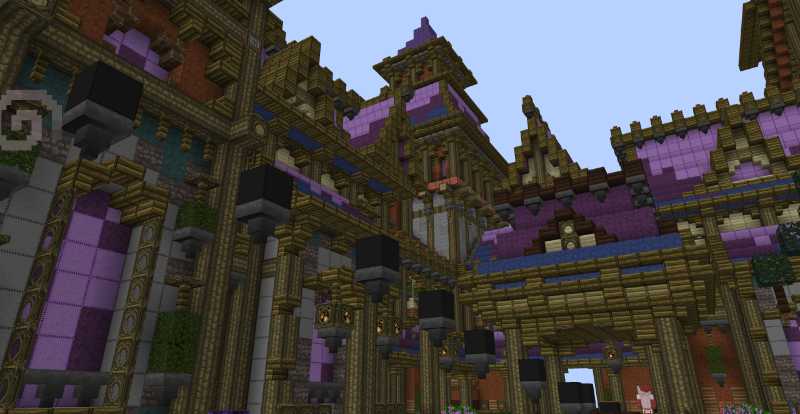 Best Faction Server IP To Use

Play on one of the largest Minecraft servers with the IP: skyblock.archonhq.net. There are multiple types of factions server which you can play on and enjoy. Use the correct version of Minecraft (1.8) for the best experience.

Spawners are a part of Minecraft which are not very common on singleplayer. You may have seen them in mineshafts or caves, often in sets of 2. A few of the common low level mobs like zombies and spiders can be found. With multiplayer factions servers, spawners are taken to new heights.

From Iron Golem spawners to Blaze spawners, there are all kinds of new spawners which are available. When you see them on a server, they are usually a crucial part of that economy. Players will grind them to get the items to sell and the experience to purchase custom enchantments. When on raid servers, spawners are what players target when taking down an enemy base! 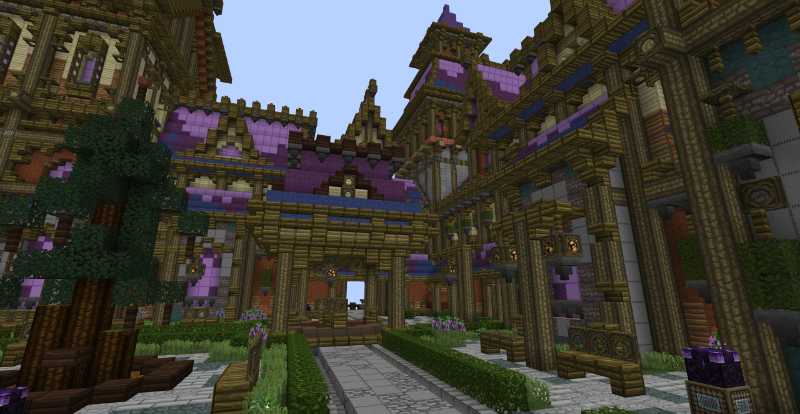 There are two types of Minecraft available for Windows 10:

Java edition is the classic version of the game which has been available since 2011. It contains tens of thousands of servers and allows much more customisation. The version of Minecraft which you download from the Windows Store is bedrock edition. This version is more controlled and considered safer for younger players.

With that being said, many of the top factions servers are on the Java version of the game. To get started, open your Minecraft: Java edition game, go to multiplayer and direct connect: skyblock.archonhq.net.

Do You Need To Use A Port?

In most instances, the port is not required when you add a faction server to your Minecraft. If you see an address without an port, it is safe to say that is not required. This is because the default Minecraft port does not need to be explicitly stated when adding a server.

Lots of popular games in Minecraft such as factions and skyblock include custom enchantments. These can add hours of fun to your experience! Unlock tools and armor which can take your game to new destinations. These can range from pickaxes which can automatically smelt your ores, to swords which can assist with base raiding!

They can be purchased from a special in-game menu with the use your experience. Experience is commonly obtained from grinding spawners. Run the /ce command in-game to check them out.

Can You Use Hacks?

You can't break the rules when you are playing on the larger Minecraft factions servers. There are community guidelines which are in place across the servers, which includes no illegal modifications or hacks to your game. If you want to play a server which has hacks explicitly allowed, search for anarchy servers.

Want to change up the look of your skyblock game in Minecraft? Here's some texture pack ideas, including one used by Technoblade. Read the guide and learn how to install texture packs too!