If you play on the right Minecraft server you can experience an MMO adventure. Level up various skills, abilities and trade your way to the top of the economy. Learn all about massively multiplayer online Minecraft servers and how to play now.

Not as standard! It is a sandbox adventure game. However, the multiplayer aspect of Minecraft has evolved over the years to include many new games including skyblock, prison, quests, dungeons and more. With new mods and mechanics to play with these can be referred to MMOs. Play with hundreds of other players online using technology created by third-party developers such as TheArchon. 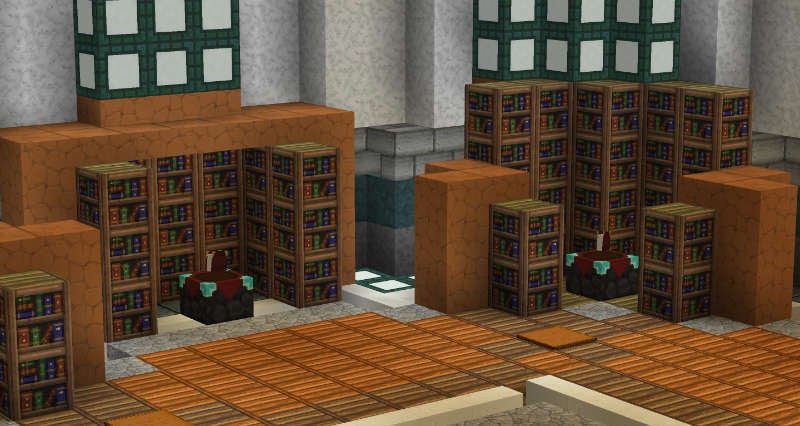 How To Join A Minecraft MMO Server?

The Java Edition version of the game contains lots of MMO servers. To play, open your Minecraft: Java Edition game and head to the multiplayer menu. Input the server details of you choice, like follows:

The above is an example of an MMO server which happens to be one of the top voted Minecraft servers. It has been played by millions and regularly features some of the top YouTubers. Join today and start your MMO adventure. 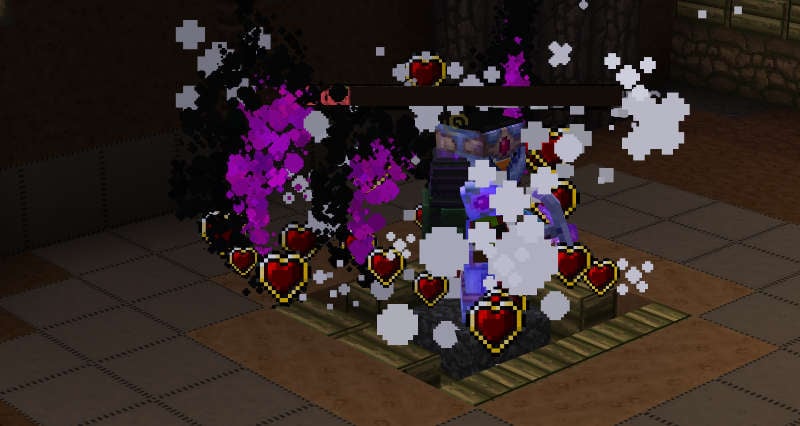 Minecraft Servers With Classes And Quests

One of the key parts of any MMO are the quests and classes. Depending on the game modes, they come in all forms with different skill trees. Here's a look at the classes available one of the top Minecraft servers:

Inspired by the greek god, there's lots of skills you can level up under this class: Logger, Merchant, Cacti, Grinder, Shockwave, Magnet, Imposter, Fort, God, Rage, Thor, Knight. Each comes with a set of unique perks and rewards. The grinder skill enables you to gain extra EXP from grinding blazes. Thor allows you to call in a thunder storm which will damage nearby players (excluding your friendlies!).

Go titan mode with this class. The skills are collector, vendor, merchant, harvester, chugger, shape shift, nuke, last chance, rift, goku, titan. The vendor skill gives you a chance to auto sell when you are obtaining nether stars from killing silverfish! Transform yourself into an undermine while in combat under the shape shift skill. Become super-saiyan and deal 1.5x damage while using the goku skill.

The skills in this class are Blaze Smasher, Merchant, Aquaman, Luck, Pearler, Supply Drop, Clone, Flash, Juggernaut, Crusade. Level up skills such as Merchant to unlock the a permanent sell multiplier for the selected material. Custom features under the Pearler skill let you reduce your enderpearl cooldown. Receive less overall damage while in PvP under the Crusade skill.

Can Minecraft Be An MMO?

Yes! The game is highly customizable and custom features can be added to turn the game into an MMO. While this isn't available in single player, it is very common on multiplayer. Many of the best Minecraft servers take advantage of the mcMMO mod which adds a variety of skills and abilities into the game.

The economy on a minecraft server helps to make up the massively multiplayer part of the name. All of the game modes can be played by thousands of players, with hundreds online at once. Trade hundreds of items on the auction house and battle for wagers against other players. Earn money by completing quests, levelling up classes and farming items for the shop. This is a very common element of many servers in Minecraft. 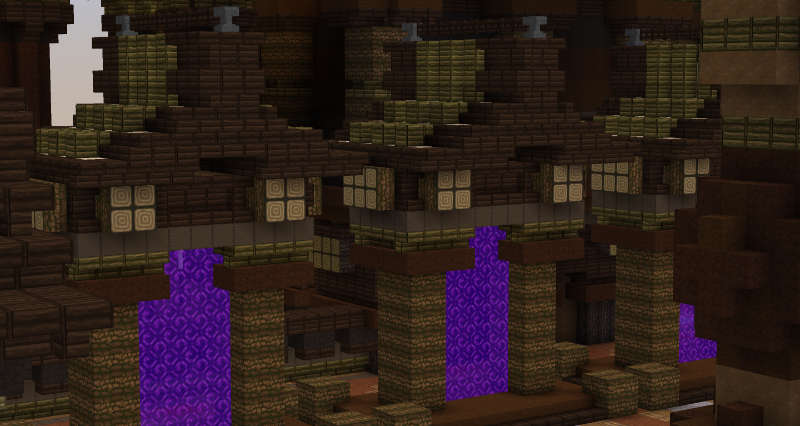 One of the most popular game modes with MMO is factions. There's special classes to choose from each with a different skill tree to work your way through. See how factions compares to minecraft prison servers. Level up all the skills available in Minecraft and go on a more in depth adventure compared to a regular server. Will you survive and make it to the top? 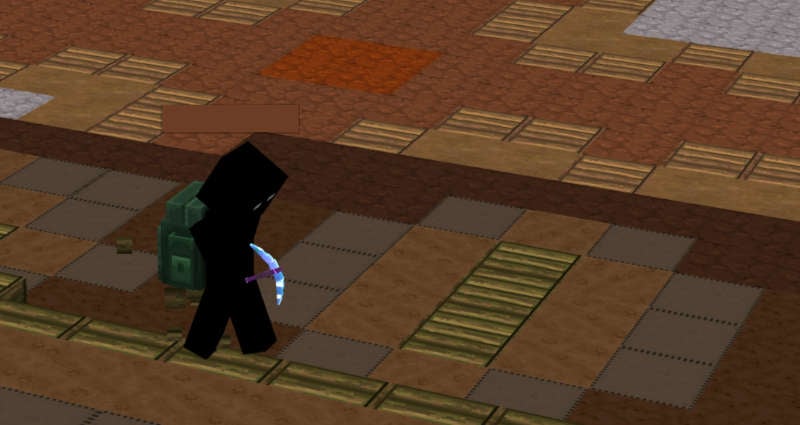 Is MMO Client Side?

The most common form of MMO in Minecraft is not client side. It is part of a Minecraft server which you can play on from the Minecraft menu. Servers add a variety of custom features to the game including MMORPG, custom enchantments and even pixelmon. There are client side mods available which can be added to the singleplayer version of the game, but this requires higher PC specs in comparison to the vanilla game.

The server address is skyblock.archonhq.net. Play a variety of different Minecraft mmo servers with mcMMO, classes, custom enchantments and dozens of new features made by a dedicated development team. It is regularly updated with new features and events. Immerse yourself into the multiplayer community now. 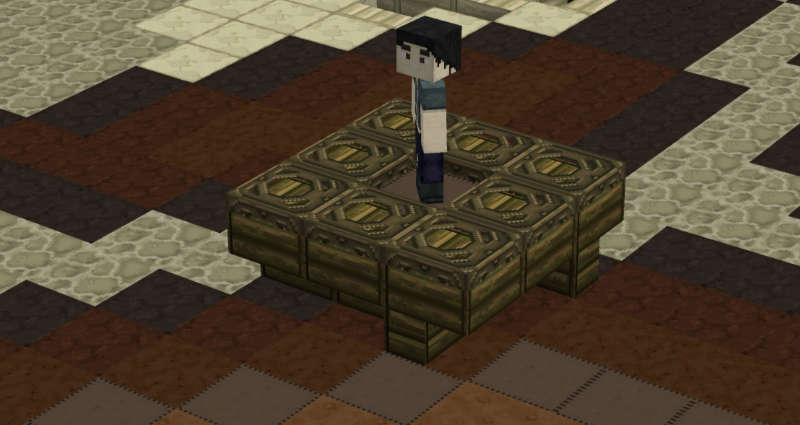 What Are The Best Minecraft Servers For MMO?

TheArchon is one of the top rated Minecraft servers and contains multiple game modes with MMO. Head on a journey through war on factions, with classes and perks to unlock. Minecraft skyblock servers include the popular mcMMO mod which gives you dozens of skills to unlock for new abilities. Custom enchantments allow you to obtain different enchants to put on your amor and tools.

The blacksmith allows you to repair tools and weapons for money from the in-game economy, which is participated in by thousands. This Minecraft server has been one of the top since 2014 and played by millions.

What Is The Name Of A Minecraft Server?

This is determined by the third party you are playing on. Choose from the Minecraft servers and input the name into your Minecraft client. The server address is commonly referred to as an IP address and is similar to a website address. Ensure it is entered correctly so that you can join the server and start playing.

See all the public minecraft servers available to play in 2022. Tutorials on how to get started and play multiplayer. Which game mode is for you?

Greetings everyone, the upcoming season of Factions Ruby is here!Realm InformationThe next Ruby map will release on Saturday February 19th @ 3:00 PM EST / 5:00 AM AEST / 8:00 PM GMT.