Building and raiding are the two key parts of this game mode in Minecraft. Collect resources, setup base defences and get new weapons on the Minecraft servers. Read the guide and start playing now.

Build your base in the Minecraft world and setup defences including turrets just like the real game. There's custom blocks including the tool cupboard, furnace, mining quarry, loot barrel, C4, sulfur and different tiers of block to use in order to protect your base. Loot cities to find loot barrels for new weapons including assault rifles and more.

Raid other bases and become the strongest clan in the game. The best part about this game mode is that there are no client mods required! A server-side mod is applied to your client in the form of a resource pack. Apply it to start playing.

There's also Minecraft prison servers, factions, robbery, skyblock servers and more. It is one of the top voted server networks. 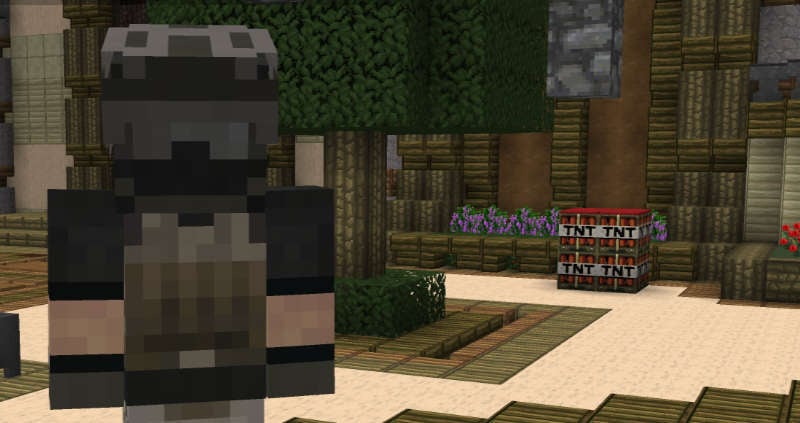 What Makes It Different?

While other gamemodes allow you to break, build and craft whatever items you like, Outlands is more of a pre-set game. Crafting recipes need to be unlocked and to break or build you need to setup a base. There are new locations such as the Caves & the MiddleBiome to gather resources, along with cities which contain loot barrels.

Catch players wizzing by on motorbikes or in helicopters and don't stray too close to enemy bases. They may be setup with turrets to catch you out! Reinforce your base with higher tier blocks which are not available in the normal version of the game. Raid other players using the guns and C4 explosives. 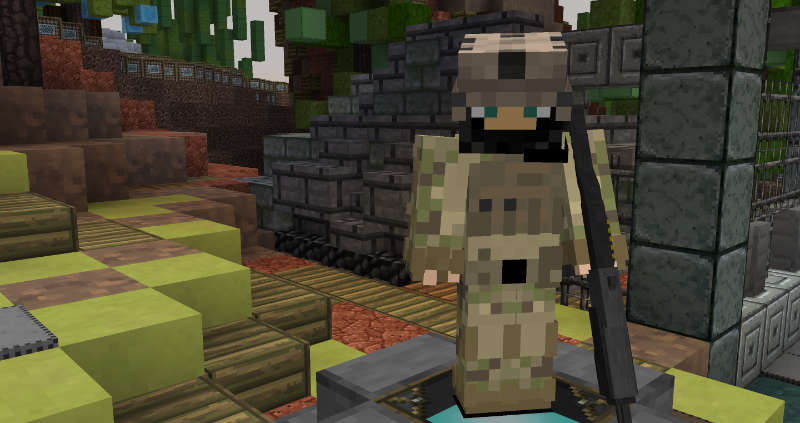 There are lots of custom features on the Minecraft gun servers. See more about forming clans and teaming up to take on the hardcore world. Gather a range of unique weapons and become the strongest in the game. Take advantage of the beginner's protection to get setup in the overworked without being taken out by more experienced players.

Crates are available to give you a boost with extra items such as helicopters. There's also a reputation system in play, so be careful to follow the rules and be a good member of the community!

Greetings everyone, the upcoming season of Factions Ruby is here!Realm InformationThe next Ruby map will release on Saturday March 12th @ 3:00 PM EST / 5:00 AM AEST / 8:00 PM GMT.

Hello everyone, welcome to the Prison Reset post! This season we have a pretty exciting reset coming your way, which includes a complete revamp of Prison's theme. Goodbye candy... hello Jurassic! The current