A to C Mines

Starting off on the prison minecraft servers; the starting mines usually contain more basic blocks including stone, coal and iron. These are relatively quick to break and can be found in the first three mines. You only need an iron tool to mine these blocks. 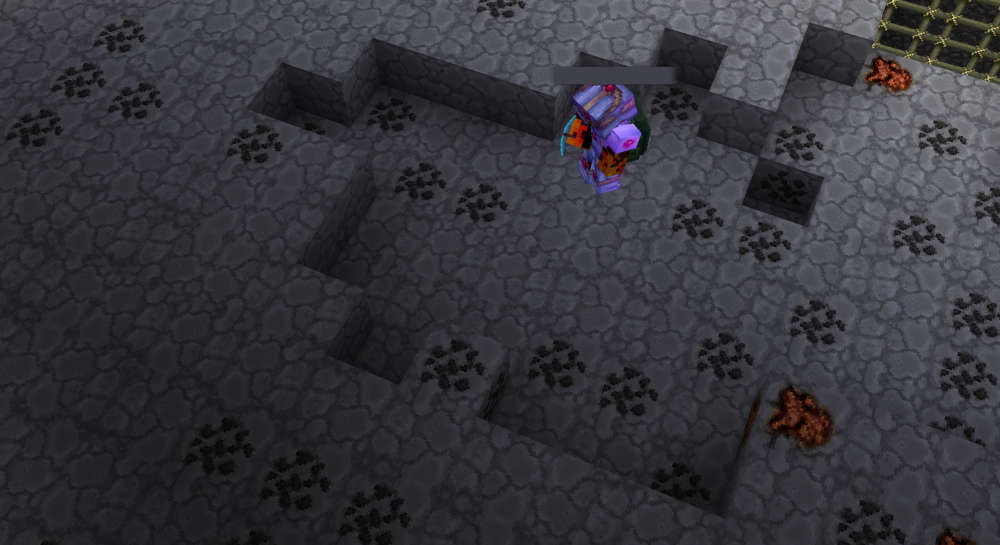 Top Tip: when you start mining on the servers, your items will usually be deposited in a backpack. This is a feature available on many prison games. Click to empty the backpack ready for selling back at the entrance of the mine!

As you start to progress through the game, look out for new blocks as you make it to the D mine. Did you know that classic prison servers started out with just an A - D block? This is much smaller than today's standard of A - Z mines. Mine terracotta, iron and lapis at these stages. 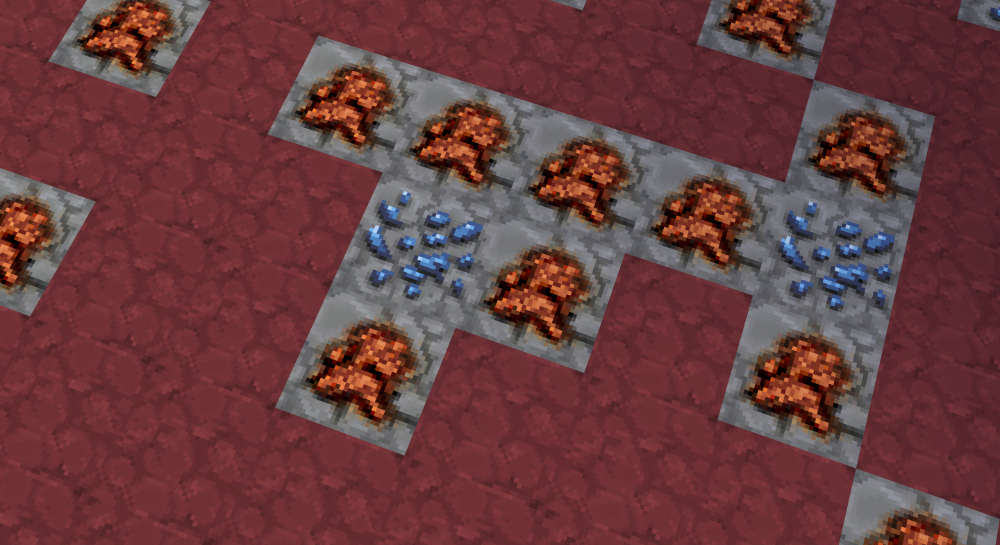 While you still only require an iron pickaxe, you may be starting to earn cash which you could spend on custom enchantments. A diamond pickaxe with faster mining enchantments would be a great investment at this stage in the game.

G To I Mines

On most minecraft prison servers this is where the game starts to get serious. Expect your bank balance to be in the hundreds of thousands by this point. Have you started trading with players yet? Setup a base on your plot?

Mine terracotta, lapis, redstone ores and redstone blocks here. Always try to mine the block variant where possible for maximum rewards.

Did you know you could put a block in each slot in your inventory, then start mining to only collect that block. For example, if you put a redstone block in every slot, that is the only block you could mine and pick up. This could be used to filter out other blocks which may not sell for as much!

Can you go to Prison in Minecraft?

Yes! The game is free to play and available on multiplayer minecraft servers. Join TheArchon with the server IP prison.archonhq.net to head there. Will you escape the prison? 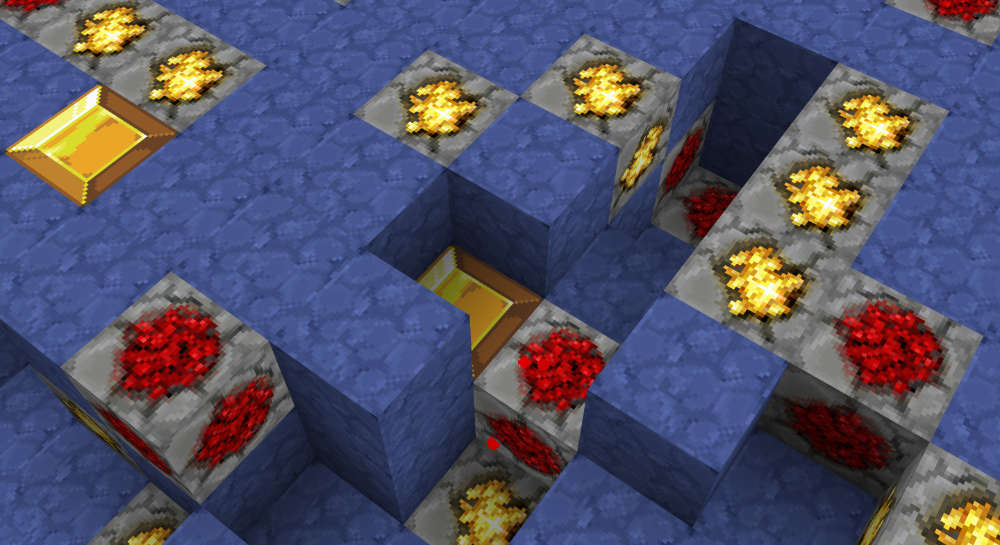 Get enchantments and upgrades for your tool to make the grind even more rewarding. In these mines, expect to find terracotta, gold blocks, redstone ores and gold ores.

Take advantage of all the advanced upgrade systems such as mcMMO and tokens to make it to this part of the prison server. Custom plugins and crate keys can aid you in making it through the grind of the prison escape game. Look out for emerald blocks, terracotta, diamond ore and gold ore in these mines! See what a maxed item looks like and see if you can make a similar tool.

What is the best Minecraft server for prisoners?

In the later stages of the game, you can expect to see a much higher density of blocks on most prison servers. Start mining the prismarine, emerald ore, diamond blocks and terracotta. Popular in some communities, the server's player base may choose to setup sell shops or profit shops. These are usually created by players that have prestige and setup different plots for other players to use. Ask in your server chat to see if the prison server you are playing has them too! These can help you make even more money than by selling in the mines.

Ever seen so many diamond blocks? One of the most satisfying parts of prison servers in minecraft, mine these as well as nether quartz, prismarine, prismarine bricks and diamond ores too. Use silk touch if you'd like to mine the ores which could be used in your plot builds. Want to recreate a cave? An old style with diamond engraving? Take the blocks over to your plot for use.

How many players are there on the prison server?

At most, there is usually 200 - 400 online on one realm at once. This is usually due to the limits of the Minecraft game. However, many servers may offer multiple prison servers, so the possibilities are endless. Private mines, private plots and more are available on some games if you'd like a more solo experience. 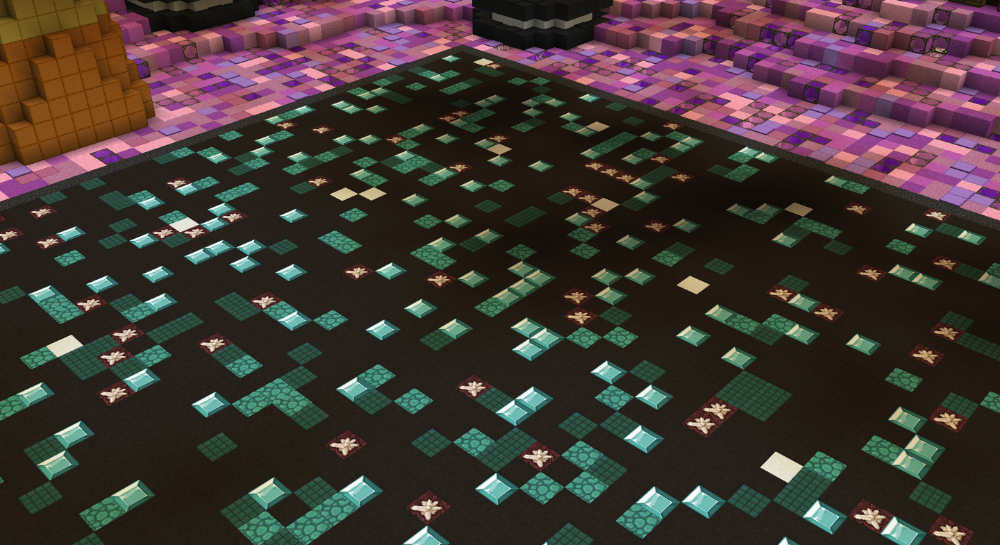 Ah! The end of the game. But not quite, will you prestige? Use the dimension hopper to head into a different version of the mine? Either way, look forward to mining diamond blocks, quartz blocks, prismarine bricks, nether quartz ores and prismarine here. Prison can be insane fun when you reach the later stages of the game. Take advantage of the multiplayer aspects to battle bosses, other players and take part in the amazing community on offer.

What Minecraft server has prison escape?

TheArchon. Work your way through the mines from A to Z and escape the jail. Build in your plot, explore the free world and head into the arcade. It is free to play with the server address prison.archonhq.net.

Greetings everyone, the newest season of Factions Onyx is here!Realm InformationThe next Onyx map will release on Saturday January 15th @ 3:00 PM EST / 7:00 AM AEST / 8:00 PM GMT.

How To Join Minecraft Prison Servers

See how to join the prison minecraft servers with an IP address today. Plus, how to get your own lands and more gameplay tips. Read now.