This game mode has been popular in Minecraft for years. Head on a vast adventure full of challenges, new items and more. SkyBlock Minecraft servers have evolved to enhance your gameplay with dozens of new things to do. Learn about the game, how to play and why millions of players enjoy it!

First of all, it is available to play on Minecraft: Java Edition. This allows hundreds of players to play together on the same session for free. To join, follow these instructions: 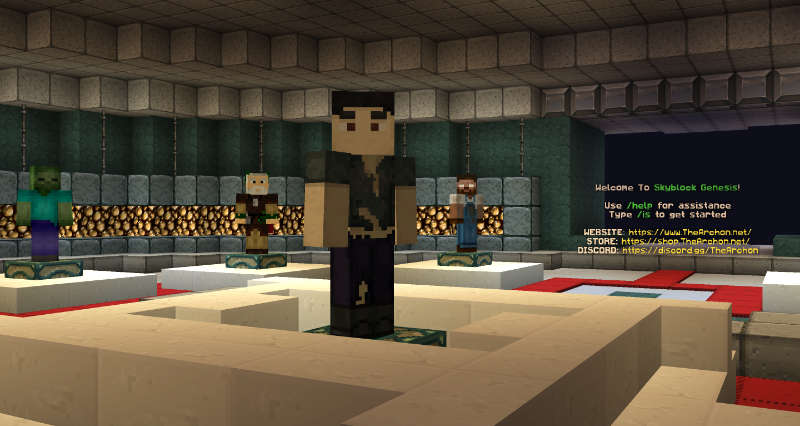 What is SkyBlock Minecraft?

The world is a vast void with nothing but a small island. This is SkyBlock. You must farm resources to expand your island and take over the void world. The traditional version of the game is heavily reliant on cobblestone generators, which lets you generate infinite blocks to expand your island.

How To Play SkyBlock With Friends?

You need to play the multiplayer version. As in the name, this allows you to play in the same world with other players. Join a skyblock server and create your island. Invite your friends to your island using the built in plugins and then you can play with friends! You will share the same land, but your challenges, money and items will be individual to you. 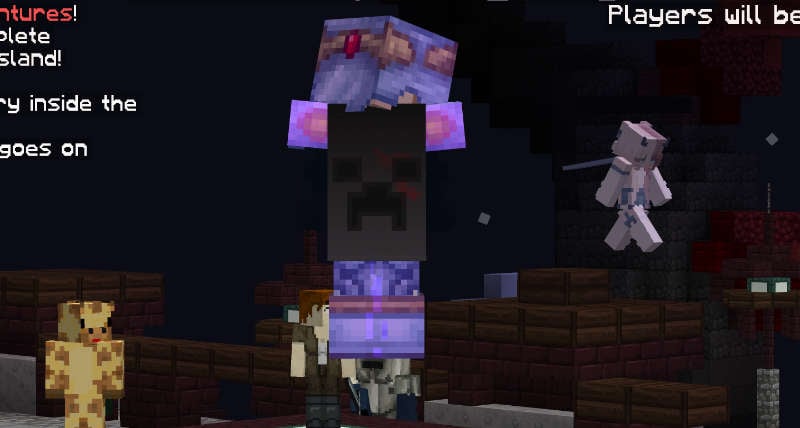 While the game began with a simple grass island, it has evolved in many ways. Players today enjoy starting the game with a choice of multiple islands. On popular servers, some of the options include: Grassland, Mesa, Mushroom, Nether, Lava, Magic, Planet, End, Black Diamond, Desert and the original.

The wide range of themes and sizes makes the start of the game perfect for any play style you are looking for. New to the game and want something to give you a substantial base? Choose the Mesa and get a large home base. 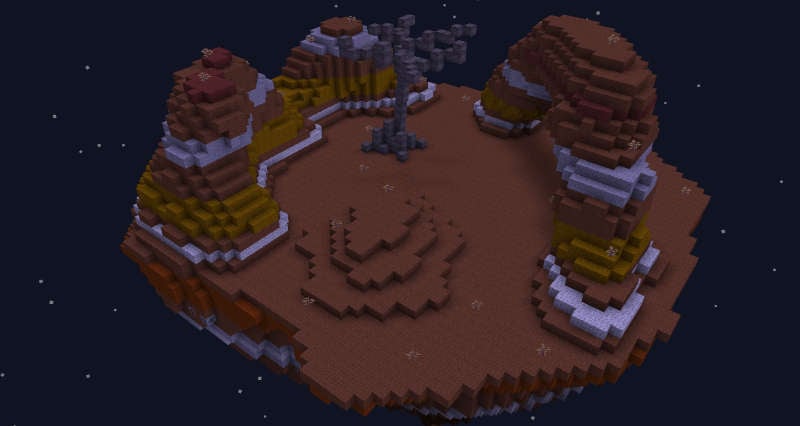 How To Play SkyBlock On Your Own?

While multiplayer implies that you will be playing with others, your island is private just to you. You can complete the game in solo mode on your own. Alternatively, you can also download a map and add it to your Minecraft.

If you choose to play on multiplayer, there are a range of benefits which can enhance your own gameplay. You can choose to trade with other players and take part in challenges which are not available on the map version.

In order of ratings, TheArchon is a minecraft server which is voted month-to-month as one of the best. The server IP is skyblock.archonhq.net and is on java edition. It regularly tops the server lists and has multiple types of skyblock servers to choose from. Get competitive and take part in events or enjoy a casual experience with a friendly community.

Is Minecraft SkyBlock A Mod?

Yes and no! There are many different variations of the popular category available to play. Minecraft skyblock servers do not require any modifications to your game as they are provided by external providers. They work on all versions of the game and there is no impact on your computer's performance.

Modded versions of the game mode are also available, but they may require the installation of modified game launchers which are not recommended by Microsoft. They are also known to require much higher end computers. The singleplayer map version of the game is not a mod, but requires modifying your game by adding the map to your Minecraft. 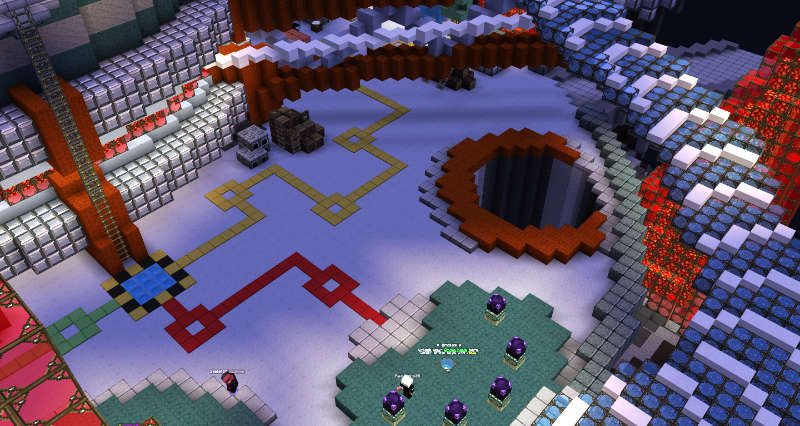 Over the past year or two, the Minecraft servers with fully custom skyblock have become much more popular. The game has evolved in a completely new direction which has kept players entertained for longer. The Minecraft server list has favoured these types of servers. Here's some of the custom features you can expect if you add one to your Minecraft launcher. 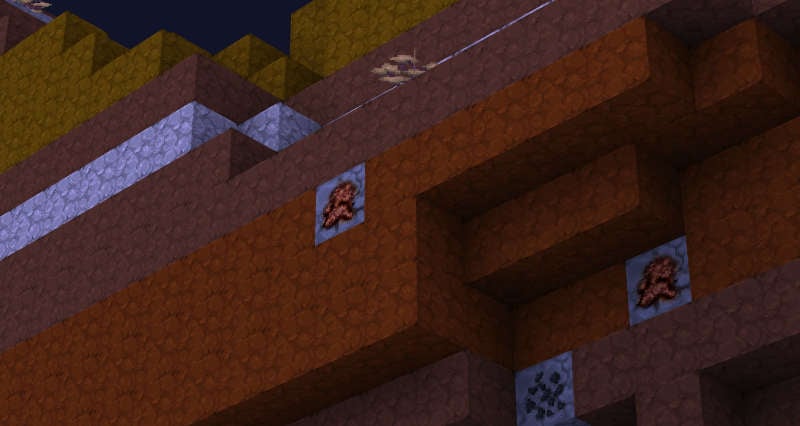 Upgradeable cobble generators allow you to farm new blocks straight on your island. They can be upgraded with in-game money which can be earned by completing quests and challenges. The top generator, the ultimate, is purchasable for a whopping $1,875,000! This is just one of the ways in which you can upgrade your floating island.

Slay monsters in the game to collect mob heads. Deposit the heads in the item shop to unlock new mob spawners. Buy the spawners to earn more money and compete against the awesome community of players from around the world. Collect more heads and work your way through all the tiers available.

Talking of the active community, another way to get involved is with the community challenges. Each and every day, the entire skyblock realm receives a challenge which everyone needs to complete. Every player needs to meet a certain requirement in order to be eligible for the reward. However, if the entire realm doesn't complete the challenge, no prizes are handed out.

While the game is based around your own land, custom mining takes part in private mines referred to as the deep. Mine ores which give you a chance to earn money, tokens and crate keys. Hard mobs including the ore guardians are known to spawn and guard all the loot. Adventures are another popular mechanic on several servers which are a separate world from your Skyblock server. Complete challenges in exchange for rewards on your island.

How Do You Make A Cobblestone Generator In SkyBlock?

A cobblestone generator allows you to generate infinite cobblestone which is made possible due to the physics of water and lava. Prepare a 1x4 area. Place a water bucket in one side, and dig the block next to in order to make it two blocks deep. Place a temporary block on the third block to separate the lava bucket that you will place on the fourth block. Break the placeholder and a cobblestone block will generate. 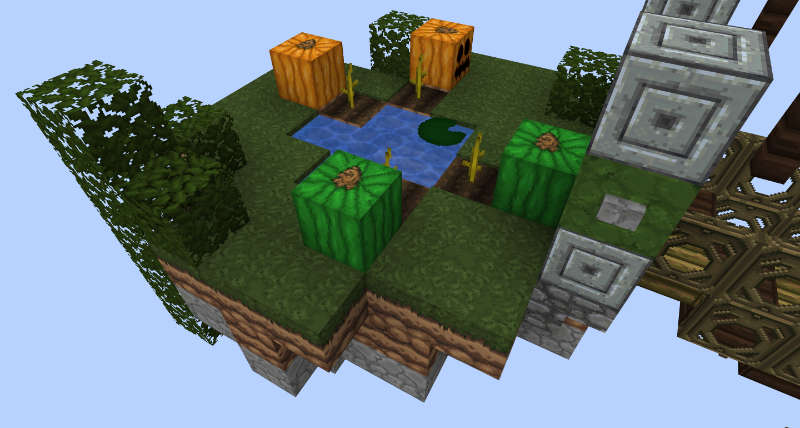 It has become common for any popular skyblock server to offer high quality gamemodes within the community. Take part in multiplayer competitions and earn rewards for your floating island.

Last man standing is a free-for-all contest which happens every three hours. It is a combat event where the last five standing will earn rewards on the minecraft server.

Skydrops are supply drops which are dropped into the PvP zone every few hours. You will need to take your best tools to break open the chests and obtain the rewards. I wonder if you could build your entire world on these drops?

Capture the centre point in the PvP zone to win king of the hill. Earn points by staying inside the capture zone for two minutes to win. The top three players will win rewards.

Duels allow you to battle like on Minecraft pvp servers. Bring your best items and challenge another player to a winner-takes-all wager.

What Is The Best Armor In SkyBlock?

Mob armor is the best level of gear to obtain when playing on a top skyblock server. The top 5 servers are known to have custom armor sets which you can work towards in order to take your gameplay to the next level. On vanilla servers, netherite is currently the best armor you can unlock. It is relatively new to the game as it was added in the 1.16 version. Before this version, diamond was the best that you could unlock. 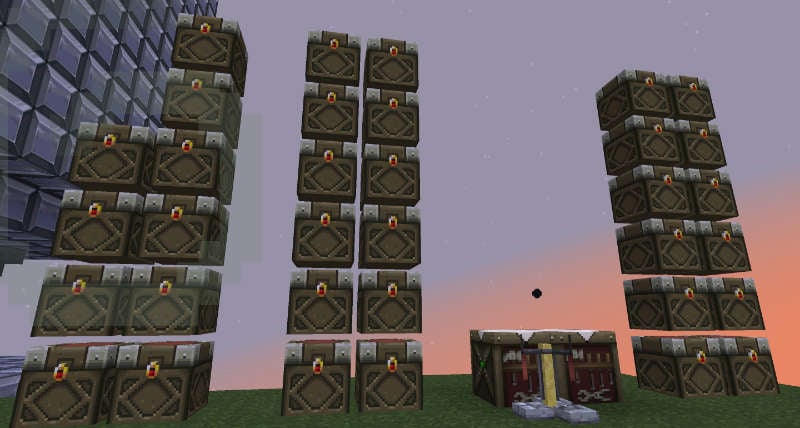 To obtain the full range of items on skyblock minecraft servers, the blocks shop is just what you are looking for. From packed ice to cobwebs, you can choose from a much bigger variety of blocks in comparison to the singleplayer version of the game, where you may be limited. 7If you've been hesitating from playing SkyBlock because of how items are obtained, you don't need to worry when playing on a server.

With a thriving economy, there is much less reliance on feeding yourself from farms on your island. You can earn money from other means and then purchase food from the item shop. There's all kinds of food available including golden apples, which could also be useful for battle in the PvP arena.

Add some color to your island from the colored blocks. In recent versions, there's been all kinds of new blocks such as terracotta which could be used to improve your skyblock server island. 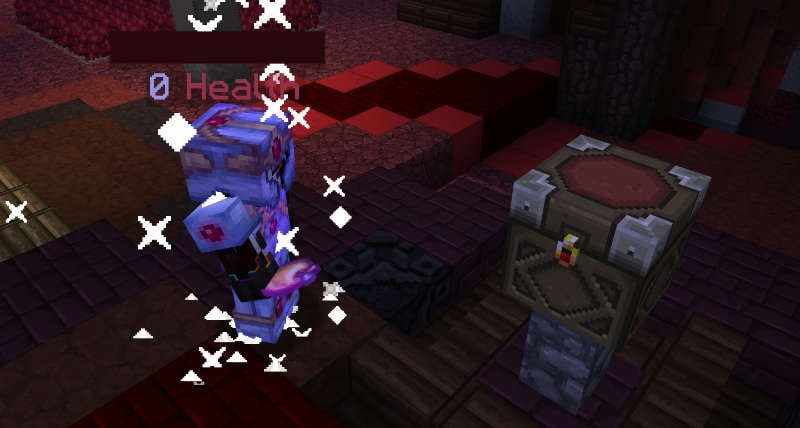 Nothing makes the game more Minecraft than the ores section. Get all the latest materials which you could use for farming or even aesthetic purposes such as caves. The other sections include all the common items you can get from the creative menu including mob drops, plants & dyes, farming and redstone.

Mob spawners can be purchased from the spawners section. The top servers are known to offer a range of custom items in the game. Special items such as woolly blankets can be used to make your island stand out from anything you have created in the past.

For a Minecraft server network with a wide range of custom features, try out TheArchon. It is more established than Hypixel, having been offering SkyBlock for many more years. Unique servers are full of new features including custom enchantments, bosses, robots, trophies and more. The server address is skyblock.archonhq.net. 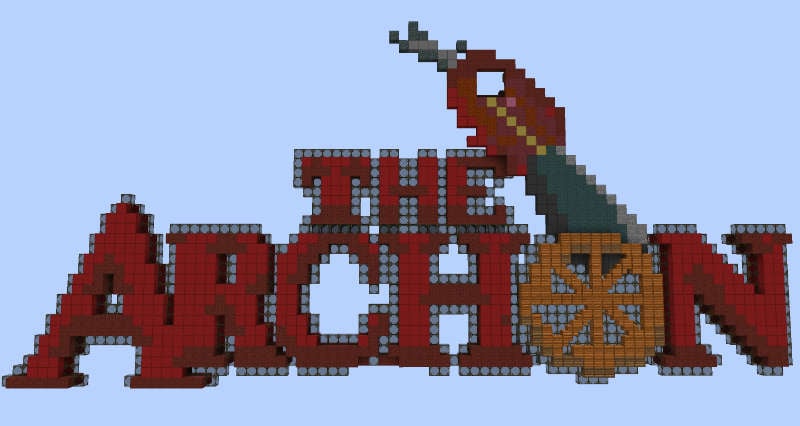 In order for a server to qualify as one of the largest server networks, it should have over 1000+ concurrent players online. This would place it in the top 10 servers. Be sure to add one of the top minecraft servers to your minecraft client with the server address: skyblock.archonhq.net.